Previous Next
SignVideo staff recognised at the DSPY Awards 2016 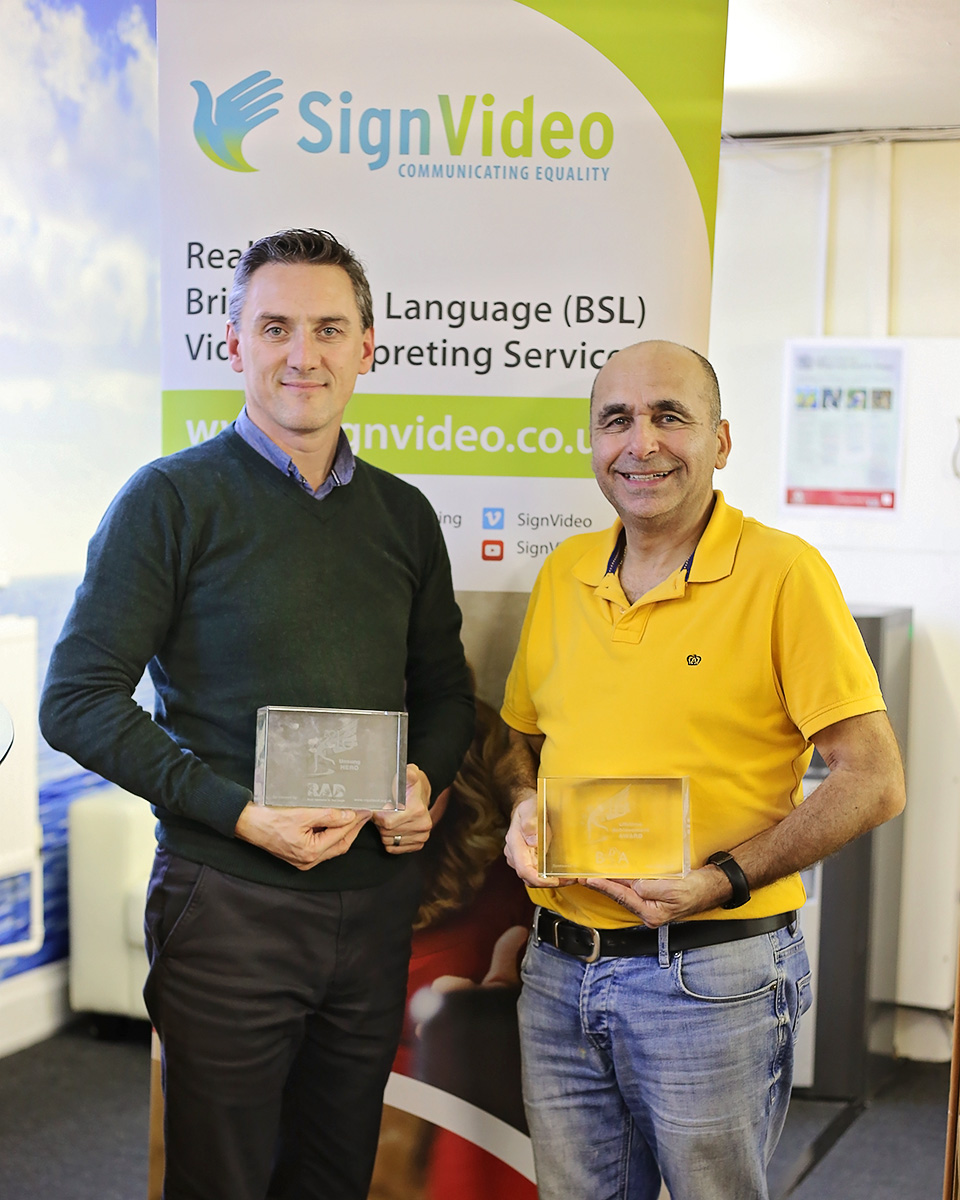 We are extremely proud to announce that two SignVideo staff members have been honoured by the wider Deaf community at the Deaf Sports Personality of the Year 2016 awards on Saturday 12th November – also known as the DSPY Awards.

Martin Bogard was awarded the Lifetime Achievement Award for his work in organising and promoting Deaf sports, especially badminton. He has been the international Technical Director of Badminton for the World Deaflympics Games and other international competitive events in badminton.

James Townsend was awarded the Unsung Hero Award for his work in supporting and working with James Clarke, a deafblind runner, going on regular training runs and running marathons, half marathons and 10k races with him.

SignVideo has sponsored James Clarke for several races supporting his ambition to run 100 races as a deafblind runner. We are absolutely delighted that he came third in the overall Deaf Sports Personality of the Year Award.

We are delighted that both Martin’s and James’ efforts (entirely on a voluntary basis) have been recognised. SignVideo takes this opportunity to congratulate both of them – we are very proud to have you in our team!

Martin Bogard for his long service in badminton & won the honours for the European & Deaflympics pic.twitter.com/yKnTIlLIps